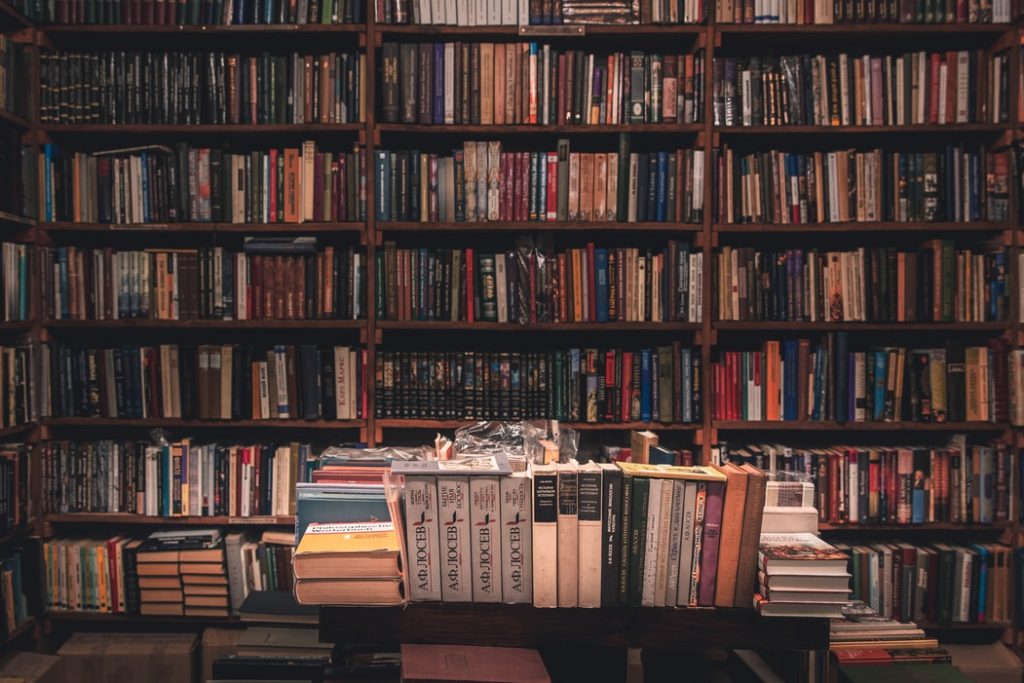 If there are any advantages to spending long swathes of time indoors, it’s remembering the joy of reading. In an extension to our Books That Built Me series, we’ve asked friends of Missive what books are helping to ease them through the lockdown period.

The Pillars of the Earth

My last read of Ken Follett’s The Pillars of the Earth was 22 years ago. Now I just wanted a great yarn, that would lock me in through its 1100 pages, and my second reading did not disappoint. Based in the twelfth century, the hero, Tom Builder, is a master mason with a dream of constructing the best cathedral in England.

Against a backdrop of civil war, religious jealousy and famine, the reader lives Tom’s struggle and that of Philip, prior of Kingsbridge who wants to achieve better lives for the townspeople, but must thwart the plans of those on high who want them to fail. Don’t be tempted by the TV series, as it never touches the magic of this book, but there is an excellent 40 hour audio version.

Peter is the President of P20, the Industry body dedicated to making payments accessible, affordable and secure for all. He has also served as a senior executive with Lloyds Bank, Abbey National (now Santander), First Data Corp and NCR, and has been on the main board of companies listed on the London Stock Exchange and NASDAQ.

The Third Pillar: How Markets and the State Leave the Community Behind

This thought-provoking book describes the journey to today’s polarised society and how the cosy relationship of state and market has bred a populist revolt. He proposes principles for restoring the balance and promoting responsible, inclusive government.

Too often circumstances of birth determine a ceiling of achievement. The lockdown’s effect is not evenly distributed and those with less get harmed disproportionately. I am passionate about the responsibility that those of us at the top have towards those less fortunate and to bring about a better world and future. This book has inspired me to work harder to achieve this.

Duncan is CEO of P20. As well as leading the industry body, he advises individuals, corporations, governments and nonprofits on a range of issues and is a sought-after keynote speaker on leadership, current affairs and international trends. In 1998 at age 24, he was elected against the odds to Westminster City Council in central London where he served for over a decade in a variety of leadership positions and was the youngest Lord Mayor of Westminster.

Catch and Kill: Lies, Spies and a Conspiracy to Protect Predators

My favourite COVID-19 read so far has been Catch and Kill by Ronan Farrow, a damning portrait of how NBC failed to cover how Harvey Weinstein bullied, harassed and assaulted many women throughout his career.

Unbeknown to most people, many of the NBC executives who obstructed Farrow’s investigation had been accused of sexual misconduct themselves. Today Show’s host Matt Lauer was fired in 2017 over sexual assault and harassment allegations, and NBC News Chairman Andrew Lack, who “pursued sexual relationships with underlings and talent” was forced out of NBC last week as part of a broader re-organization.

When Farrow was (officially!) barred from NBC to make his investigation public, he took the story to The New Yorker, where it helped launch the #MeToo movement.

This book is so compelling as you can feel Farrow’s fear and frustration as he’s intimidated and threatened throughout his investigation, yet he sticks to his guns, publishes the article, publishes the book which then tops the New York Times’ best-sellers ranking and later, bags a Pulitzer prize! Couldn’t put it down!

Alessandro is the chief marketing officer for RIMES Technologies, a global data management and RegTech solution provider. He has 10 years marketing experience in financial services, including six years with The Nasdaq Stock Market where he was responsible for developing its institutional marketing strategy. Previously he also worked for Euromoney Institutional Investor plc, and the Thomson Corporation.