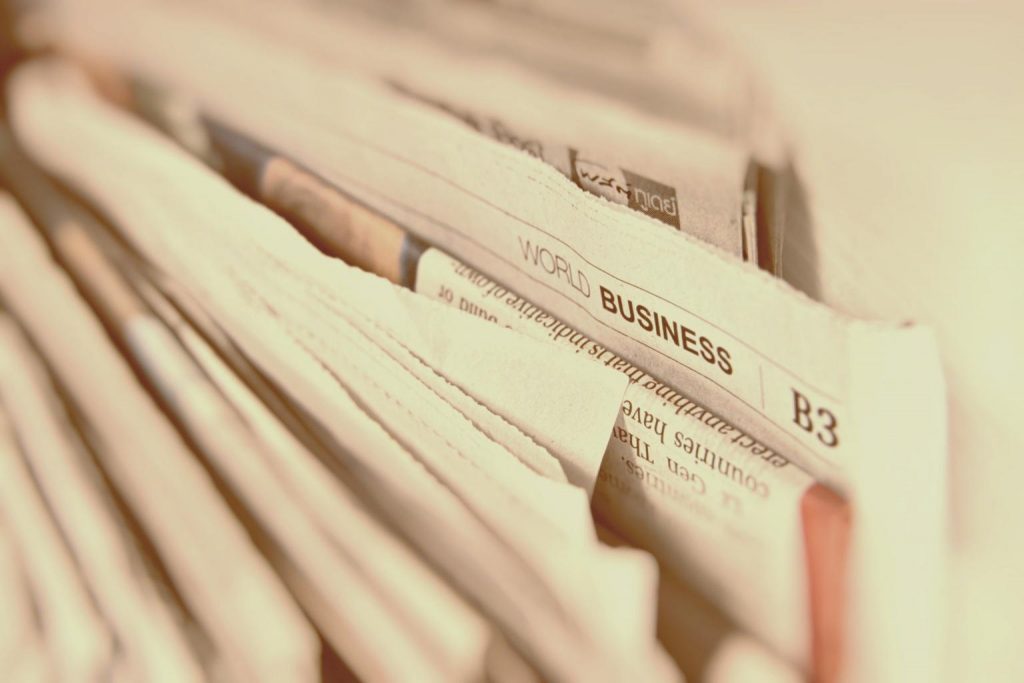 Last week Rupert Murdoch’s News UK asked the government for permission to share resources across The Times and Sunday Times.

Interestingly, this is a move that was barred under rules imposed on Murdoch when he bought both titles four decades ago to preserve editorial independence.

Should the proposition be successful, News UK would permit a greater sharing of resources and services, including over 500 journalists.

News UK cites the pace of digital disruption as a key factor for the decision, with advertisers reducing print spend and a diminishing pool of young readers squeezing the finances of the papers.

Martin Ivens, who will remain editor of the Sunday Times, believes the closer relationship will help avoid duplication and create time to invest in the ‘agenda-setting’ journalism that The Times is ‘famous for’.

The move has been criticised by commentators and the Deputy Leader of the Labour Party, Tom Watson, who believes that Murdoch has “picked a good day to bury his own bad news”, given the ongoing political gridlock.

But what does this mean for PR?

For the time being, not a lot. The proposition must first be considered by The Department for Digital, Culture, Media and Sport (DCMS), who will decide if the restrictions from 1981 can be removed. This is expected to take place in a quasi judicial manner, and the Department has issued an opportunity to comment on the request.

With the deadline for comments not closing until February, the proposed merger may not take place in the near future.

However, should the move be successful, two publications with opposing views of the world will have to find a balanced viewpoint. For instance, The Sunday Times supported Brexit in the 2016 referendum, whilst The Times backed the Remain campaign. Unless an editorial stance can be agreed with the pooled journalists, the publications could risk diluting their strong standpoints.

In addition, News UK famously owns The Sun and The Sun on Sunday, which has recently reported pre-tax loss of £91.2m in the year to July. Although this is a distant possibility, what’s to stop a widening merger of resources with The Sun in the name of austerity?

Should such a likelihood happen, public relations professionals may find it harder to understand and anticipate what each journalist or publication stands for, thus making it harder for key messages to reach the client’s desired audience.

The proposed merger, alongside the shutdown of the print edition of the Independent, administration of Johnston Press and downsizing of The Guardian, points to the continued depletion of printed media as a primary news source against the strong growth of digital.

It is fair to say that in recent times, the ‘traditional’ media has rallied as digital sources have become increasingly distrusted by the public. But if Murdoch’s consolidation plans move ahead, this revival may come to a hasty end as journalistic integrity is called into question, with implications for the future trajectory of PR as we know it.

It’s safe to say that Murdoch’s media empire is unlikely to fall in the near future, but this latest move increases the evidence that a paradigm shift is on the horizon that all communications professionals must be prepared for.

Missive is a Communications Consultancy for tech-driven businesses. It was established in 2015 to have a material impact on the businesses it works with. In 2017, it was named the UK’s Best Small PR Agency by the PRCA.

We’re on the hunt for a PR Consultant! If you’re feeling inspired and would like to join our award winning team, email your CV and cover letter outlining why you would be a wonderful addition to [email protected].