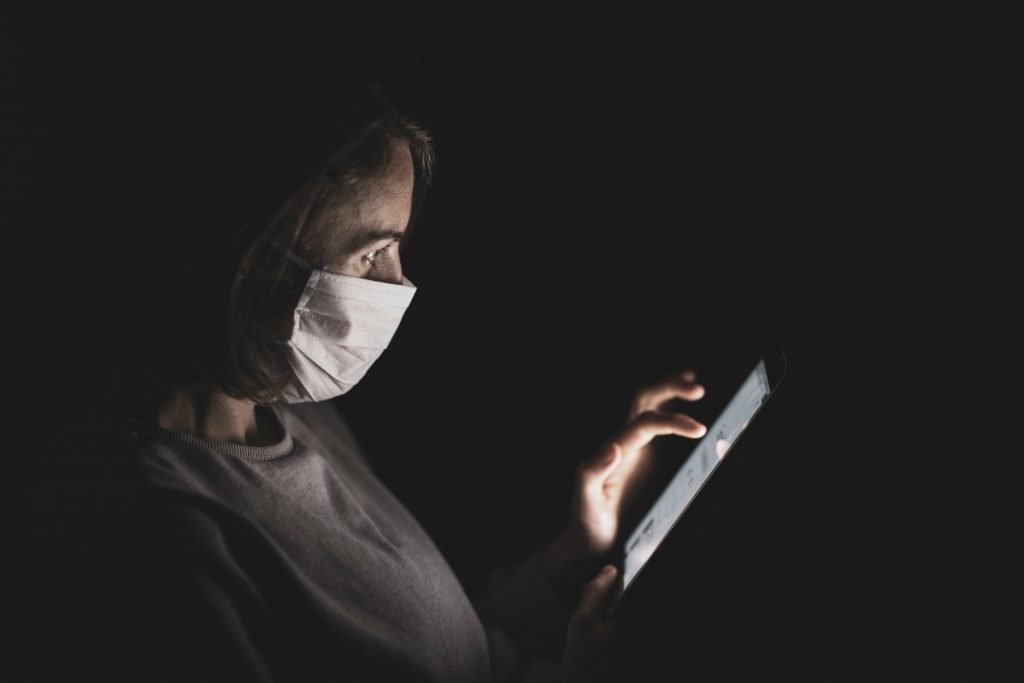 The acceleration of digital health is a true silver lining of COVID-19, after months of public health suffering. It finally looks like the healthcare industry is able to grasp an incredible, albeit unexpected, opportunity – if trust can be maintained in the eyes of citizens.

As the pandemic continues to shake the foundations of our society, demand for healthcare technology is soaring. In the UK, we witnessed an 80% increase in the number of people using online GPs between the second and third week of March. Similarly, the number of those using the NHS App increased by 111% in March alone.

Big tech is capitalising on the digital uptake too, with partnerships being struck between healthcare providers and companies at speeds which seem almost unimaginable. The NHS has reportedly collaborated with both Amazon and Microsoft in order to better develop systems enabling the improved allocation of ventilators, hospital beds and staff.

What’s more, Sarah Wilkinson, CEO of NHS Digital, recently said that many of the technologies which have been rolled out in response to the pandemic are “here to stay”. This marks a major turning point for the digital health industry and its roadmap to full scale adoption.

However, just as quickly as innovations have been implemented, restrictions and regulations have quietly loosened. The ICO stated it would be “pragmatic” when enforcing regulation, in light of the unprecedented public interest arguments about the need for speed, conceding that organisations ‘might fall short of their usual data protection practices’ as resources are diverted elsewhere. Additionally, Health Secretary Matt Hancock issued a notice under the ‘Control of Patient Information’ regulation which effectively authorised NHS Digital to disseminate information to approved organisations in order to help them to effectively tackle the pandemic.

Public trust has been wounded

Although these measures have enabled digital health to play a key role in our fight against the pandemic, the haste of some innovation adoptions is having a damaging impact on public trust. The best example of this is the UK’s track and trace system. With a vaccine for COVID-19 still a number of months away, contact tracing is undoubtedly essential for alleviating the lockdown. However, the UK’s insistence on a centralised model raises fears among privacy groups of the creation of a surveillance state. Developers are similarly concerned that without the aid of Google and Apple, the app simply will not work.

Further controversy has fanned the flames. In the past few days alone it’s emerged that the NHS shared personal patient details with Microsoft, Google, Palantir and Faculty, allowing them to train their models and profit from access to NHS data.

It appears the government must take steps to rebuild public trust in digital health, if we’re not to lose the momentum in the industry which has been patiently building for so long and has now reached tipping point.

How can trust be rebuilt?

Trust cannot be re-established quickly, yet the track and trace app is a vital piece of the UK’s lockdown exit strategy. This puts the government in a very challenging position; pause, re-evaluate and put ethics at the heart of the app, or plough ahead to potentially ease the lockdown more quickly?

In Missive’s years of working with clients who handle sensitive consumer data, we know the importance of working with transparency and accountability at the highest level. This is a view which is currently being echoed right across the industry, in the wake of the government woes.

David Grout, CTO for EMEA at cybersecurity firm FireEye, believes that time restrictions on how long the data is collected, coupled with deletion rights for citizens, is the only way to assuage concerns surrounding the usage of the data in the app. “Citizens should be made to feel in control of their data and reserve the right to have data deleted from the record once the crisis is over,” he told Digital Health. Anything less would be a huge breach of the regulations put in place to protect individual rights.

Sam Smith, coordinator of privacy campaign group medConfidential, agrees, arguing the need for the government to state exactly what the data won’t do, as well as what it will, in an interview with Digital Health. “To gain public acceptance, the app will have to be completely upfront with patients and users about what it won’t do, and then stick to it.” This is a stark indication of the level of trust the public has in the authorities handling.

Although the pandemic may pass, new data challenges will arise from the ashes. The World Economic Forum calls for the adoption of Privacy-Enhancing Technologies which effectively enable businesses to leverage insights derived from third-party private data without revealing confidential information that should not be shared for ethical, legal or business reasons. Such technologies can empower companies during times of crisis, easing privacy concerns of users and minimizing risk.

If the government seeks to adopt and publicise these technologies, trust could be rebuilt quicker. As a consequence, we may not find ourselves in similar dilemmas in the future, as the nation’s public health hangs in the balance.

Digital health has so far had stunted growth, resultant of a shortage of funding in the public sector and a lack of capacity to drive transformation. COVID-19 finally presents an unexpected opportunity for digital health to prove its true value, if implemented with the due care and transparency that society and its users deserve.